Whatever else one might say about Bob Dylan, he has impeccable taste in music. As we’ve moved into 2001, I’ve been listening to “Love and Theft” a ton this week, and I’m fascinating by the particular ways that it harkens back to a pre-Dylan musical era. More on that later this week. He also released two non-“Love and Theft” tracks in 2001, both of which were covers and both of which he recorded in 2000.

The first was “I Can’t Get You Off of My Mind” from the Hank Williams tribute album, Timeless. Let’s start with Hank from 1947:

At first Dylan’s version doesn’t sound to my ear like it dates from 2000 – his voice sounds younger here than it has in quite some time – but wait for the second verse, there comes the croak. It’s a jazzy little number driven by the bass-playing (for a more innovative take on Williams, try Beck and Jon Brion’s version of “Your Cheatin’ Heart” from the same album).

It’s a pretty faithful version of an artist that Dylan has long admired. If you recall, Dylan and Baez sing Hank Williams songs together in a scene from Dont Look Back:

The Dylan song is not the lynchpin of Timeless, although it is the first track. It’s a good compilation as these things go, with Sheryl Crow, Keith Richards, Tom Petty, Lucinda Williams, and Johnny Cash among others. Lots of love for Hank. 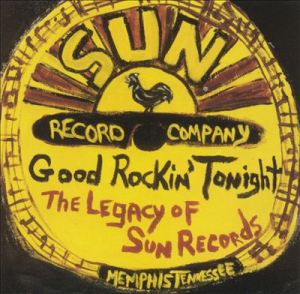 Dylan’s version is musically a bit more full, but, again, pretty faithful to the original version. The Good Rockin’ Tonight album is another all-star cast – Paul McCartney, Jimmy Page and Robert Plant, Elton John, Van Morrison, Eric Clapton, Sheryl Crow (again!)… and a lot of the music is quite faithful to the stylings of Elvis and Carl Perkins. There was quite the excavation of America’s musical past going on in fall 2001, probably tied to the fact that the mid-century explosion of things like rockabilly was now fifty years in the past.

I don’t think that either of these Dylan songs is particularly essential listening, though both are fine. They do seem to begin to set the table for “Love and Theft”, with its jazzy, retro musical stylings, and are probably most notable as a kind of warm-up to that album. If these had come out in 2000 I think that they might have been taken as a signal that Dylan had once again dried up as a songwriter. As it was, they were released shortly after one of his most heralded albums, so there was no such discussion. I actually don’t think that there was much discussion of these at all – I don’t think either album got a lot of attention in the immediate aftermath of the attacks of September 11, 2001 – and the compilations sort of faded despite their incredible pedigrees.