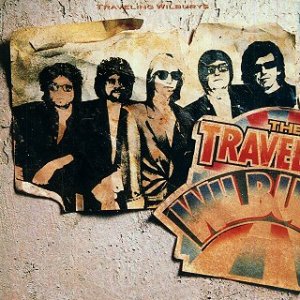 Amazingly, Traveling Wilburys v.1 was the first Bob Dylan album to sell two million copies. The absolute peak of his commercial appeal came in the super-group that he formed semi-accidentally with George Harrison, Roy Orbison, Jeff Lynne and Tom Petty. It is pretty easy to make the argument that the album fundamentally shifted Dylan’s approach to record-making, not only snapping him out of a period of relative creative doldrums, but finally (FINALLY!) impressing the importance of production upon him.

What I know about the Traveling Wilburys I know because I read Wikipedia. Here is that story for the record: Harrison wanted to record a b-side for his single “This is Love” and mentioned this at a dinner with Lynne and Orbison. It was suggested that they record at Dylan’s house, since he had his own studio. Petty got involved when Harrison went to Petty’s house to retrieve a guitar he’d left over there. “Handle With Care” was written and recorded in five hours. The studio then decided that it shouldn’t be a b-side, and the five men opted to cut an album using goofy pseudonyms. They recorded the rest of the album at the home of Dave Stewart of The Eurhythmics. It went triple-platinum and won the Grammy for Best Rock Performance by a Duo or Group in 1989. Orbison passed away in December 1988, before “End of the Line” was released as a single.

There are a few general things to say about this album. First, it is clearly a bunch of very famous and very talented men goofing off. This is not an album that seeks to make a major statement, it is a collection of songs put together quickly and for no real purpose other than for the sheer pleasure of doing it. None of them really needed any money, and there was no intention of touring. They were just sort of in-between projects. Bored, I guess. Second, particularly for a Dylan album, the production, by Jeff Lynne, is superbly polished. Lynne is a notorious over-producer, and Dylan notoriously doesn’t seem to care much about production at all. Dylan has remarked many times in interviews that he didn’t get what bands like The Beatles were doing in studio, and he felt lost by all of that so he moreorless let it all go and didn’t even try to compete. Coming out of this experience, Dylan will fundamentally alter this approach to studio recording for the next two and a half decades. Thanks for that, Jeff.

(When I came inside tonight at my parents’s house, the tv was on The 1960s documentary and I walked in on Brian Wilson using the studio “like an instrument”, which then cuts to Ringo explaining the Beatles’s studio set-up and a segue into Sgt. Pepper’s. Dylan never had any part in that particular movement)

The writing credits on Traveling Wilburys v. 1 were all joint, which makes it a bit of an effort to determine what parts are the Dylan parts from the point-of-view of this blog. Fortunately, Wikipedia (again) notes that the songs were copyrighted by their main writers (Harrison copyrighted “Handle With Care”, for example). Dylan’s own company, Special Rider Music, copyrighted “Dirty World”, “Congratulations”, “Tweeter and the Monkey Man”, and “Like a Ship” (which is on the bootlegs and also on the 2007 Rhino Records box set of the two Wilburys albums).

So, on that front:

“Dirty World”. This could have been a straight up goofball Dylan song. He sings all of the key lyrics, with contributions from the back-up singers. It has that 80s Dylan horn line, but the Lynne production is far superior to most of what Dylan put out earlier in the decade. Dylan doesn’t usually do straight up ‘sexy’ or ‘dirty’ songs (well, not since “If You Gotta Go, Go Now”) and this song fulfills both criteria.

“Congratulations” is a bit of a split for me. I like the verses, but the chorus is a bit dour. It’s a semi-dumb break-up song, and pretty minor. It seems like the most Dylan-like thing on the album, and that’s not necessarily a good thing.

“Tweeter and the Monkey Man”. This is the song I used to make fun of from this album when my father bought it. The title made it sound so self-evidently ludicrous that I don’t think that I ever actually listened to it. Another epic Dylan story song, this is probably the song that falls flattest on the whole album. My attention tends to wander when I listen to this one. Someone described it recently as Dylan doing a Bruce Springsteen parody. That piqued my interest. Sure, I guess, it has a lot of references to New Jersey and cops and driving cars, but it doesn’t really make it that good. This video is somewhat fascinating as it includes a lot of ‘backstage’ material, including Dylan reading his own lyrics, and recording them while reading from a yellow legal pad.

It’s not difficult to see why “Like a Ship” didn’t make the cut for the album. It starts off fine, but when it gets to the verses it all just falls apart and becomes overwrought and overproduced. It’s not much of a bonus for people seeking to upgrade their CDs with the Rhino release.

The rest of the album, the non-Dylan written songs, are generally quite good. I’ve never been much of a Jeff Lynne fan (and ELO not one little bit), but “Rattled” is a fun little Jerry Lee Lewis song. Tom Petty’s reggae song, “Last Night”, has a certain Jimmy Buffet vibe to it, but that is entirely intended. “Not Alone Anymore” is certainly the last great song in a long career of them for Roy Orbison. “Heading for the Light” sounds very typical of Harrison of this period, but that’s not really a complaint either.

As an album, Traveling Wilburys v1 may hang together better than any single Dylan album of the 1980s other than Infidels, even if the Dylan parts are not always the best parts. It’s probably one of the best albums ever put together by a bunch of middle aged men for no good reason. And that’s a good thing. 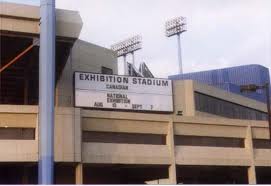 I have far less confusion about the second Bob Dylan concert that I saw than I do about the first. On August 29 1988 Dylan returned to Ontario to play the Canadian National Exhibition.

One of the things that I sort of always liked about growing up in the Toronto area were the CNE concerts. I never really did the CNE much at all as a kid because my family owned a cottage so we were never around at the end of August to go. By the time I was in university, I was always working in the summer, so I was around for a bit of it. The CNE is just a big state fair equivalent – midway rides, try to win a stuffed animal – but they always had a series of big name concerts each night, and admission to the Ex, as it was called, was free with a ticket. A list of shows, from 1948 to 1994, can be found here.

As I say, I didn’t go to many of these as I would have been away every summer through 1986. In 1987 I saw The Cult show there, and I am reasonably certain that that was the show at which Guns ’n Roses opened and were booed off the stage. A few months later their first album would break and they became the biggest band in the world, but that audience despised them that night. I definitely saw one of the David Bowie shows that year, and the New Order show (awful) and the Echo and the Bunnymen/Gene Loves Jezebel show (also pretty bad).

In 1988 I saw Bryan Ferry and also Bob Dylan. I remember that I had no solid plans to see the Dylan show because I went with my girlfriend of the time and we had no tickets. Since you had to pay admission to the fair unless you had a ticket, I think I paid to go in to the box-office with the plan of bringing the tickets back, so that we would save money. I remember that someone sold me tickets while I was standing in line, with the logic that the tickets (not marked up) would be better than what I could get day of at the box office. So I paid for those and it turned out we sat about six rows from the stage, dead centre. There were two seats empty next to us, or a couple of seats away from us, during the opening act, and when that ended that act – Timbuk3 – came and sat with us. At the time it was sort of cool – hey! rock stars are sitting right next to us to watch Dylan – and sort of uncool – hey! Timbuk3 sort of suck! – at the same time. Regardless, the seats were awesome.

Other things I remember: it was kind of cold and I didn’t have a jacket. The sound system was typically bad (an outdoor football/baseball stadium, the Ex was always a terrible venue) but we were so close to the stage that it was almost alright. Dylan still wasn’t talking to the audience. I thought it was a better show than Hamilton the month before.

I have a bootleg of this show and it is quite similar (though the quality of the bootleg is superior). Here was the setlist:

Shelter From the Storm

Girl From the North Country

One Too Many Morning

I Shall Be Released

It Ain’t Me, Babe

All Along the Watchtower

To my ears, that’s a better setlist than the Hamilton show, although it has fewer “hits”. Other than “Silvio”, nothing later than the mid-1970s. This was a real classics tour. This may have been one of the best Dylan shows that I ever saw live.

In 1989 I saw only one show at the Ex (The Cure and Love and Rockets). In 1990 I didn’t live in the Toronto area for the summer, so I saw none. In 1991 there was nothing I wanted to see. Since then I haven’t lived around Toronto. Now I’m kind of curious as to what shows they have this year…. 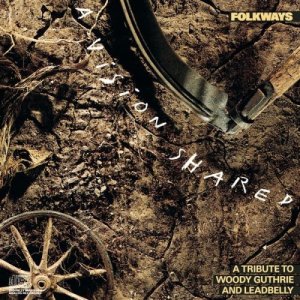 This is a song that Dylan had recorded and performed way back in 1961. Apparently there is a tape of him playing this at Gerde’s Folk City in 1961, but I don’t have a copy of that. He returned to it more than a quarter century later, and he only played the song live on one occasion: during his final concert of 1988, a benefit for the Bridge School in Oakland (Tom Petty also played this show, acoustic and without The Heartbreakers). There is a video of Dylan (with G. E. Smith, but not with the rest of his band) performing the song here.

This has caused me some minor frustration this morning since I would love to be able to compare the two live versions of this song, but, alas, I don’t have both. This caused some frantic and, so far, unsuccessful web-searching this morning. The vastness of this Dylan project still impresses me sometimes.