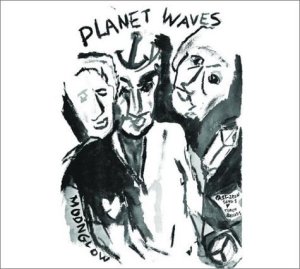 Is it possible that we’re now looking at peak Dylan? Most observers would scoff. They would point to 1964-1966 and the five album run from Times They Are a-Changin’ through Blonde on Blonde, to going electric, and the epic tour with The Hawks. That is peak Dylan. That’s where all his greatest songs appeared. When he dies, the first paragraphs of his obituary will be all about the period when he revolutionized popular music. What they’ll say about the mid-1970s is that he staged a comeback.

But what if this is actually the peak? What if this same span of years a decade later – 1974-1976 – is actually better? Planet Waves, Before the Flood, Blood on the Tracks, Desire, Hard Rain. Can that five album run compare to the heights of the 1960s? The epic tour with The Band basically replacing the tour with The Hawks (let’s face it, it is almost the exact same band, only ten years better), and then the Rolling Thunder Revue.

Now that we’re three months into this twelve-month wasted year, it seems pretty clear to me that I’m going to go all the way with this. That’s a good thing. It also seems like my self-imposed constraint is going to frustrate the hell out of me. After a few weeks of very little to listen to (literally, straining to pick out Dylan’s voice as he sings back-up vocals for other singers…), suddenly I’m awash with riches. 1974 features two albums, one of them a double album, that I have to get through, plus the enormity of his first tour in almost a decade. Plus the fact that it is a really great tour!

I have to say: these are the weeks that I’ve been waiting for. I knew what to expect from the 1960s peak, but this period is much more mysterious to me. Sure, I’ve played Blood on the Tracks and Desire so often in my life that I’m sure the grooves are worn away, but the rest of it is mostly new.

I’ve listened to Planet Waves about five times per day for the past three days, but I’m afraid that I already have to move on. There’s too much ground to cover. I’m not going to listen to forty Dylan and The Band shows from 1974 (Clinton Heylin, in Bootleg, offers that this tour was likely the first in which ever single show was recorded by a bootlegger in the audience, so it would be possible), but this is the first time that I wish that I had the time to do so. It will only get worse next year/week.

So. Planet Waves. I may have listened to this album once or twice in my whole life before this week. I know I never heard it when I was a teen. I always associated it with the tale end of his “bad period” rather than the start of the rebirth phase. More late Self Portrait than early Blood on the Tracks. Also, it has the absolute worst hippy dippy title (and the word “moonglow” written on the cover!), so I never really even gave it a chance. Moonglow!

I’m so sorry about that now. I mean, I could’ve been listening to this album for the past thirty years!

Recorded, like his early albums, quickly (just three days) and released in January 1974 (Dylan will release albums in January of 1974, 1975, and 1976, making this project seem so logical), this was the first Dylan album to hit number one on the album charts. Part of that is the marketing push from Asylum, part is the lack of The Beatles hogging spaces as they were in the mid-1960s, part is that it is a really good album!

I think that this album is mostly recalled for its light pop songs (“On a Night Like This”, “You Angel You”) and its two hymnal versions of “Forever Young”. It seems soft and domestic, like New Morning at those moments. Happily married Bob, at home with his five kids. But there is a real dark undertone to this album. “Going, Going Gone” is positively suicidal. Most of that darkness comes from the relationship songs that hint at the beginning of the dissolution of his marriage. “Dirge” and “Wedding Song” were two of the last songs written for the album. “Dirge” opens:

Sure, the song turns those lyrics around to a degree, but it is a haunting song full of piano and guitar noodling. Dylan’s voice is positively haunted here as he explores “Suicide Road” and “the hollow place where martyrs weep and angels play with sin”. I generally complain about Dylan’s dirges, but in terms of imagery this is one of the most complex songs he’d written in the better part of a decade.

As for the acoustic “Wedding Song”, which ends the album, it starts as the pretty traditional love song that its title suggests (“I love you more than money and more than the stars above”), but it becomes positively creepy over the course of its eight verses.

Eye for eye and tooth for tooth, your love cuts like a knife

My thoughts of you don’t ever rest, they’d kill me if I lie

By the conclusion of the song, it has become absolutely obsessional. This is a song of a complete control freak:

Oh, can’t you see that you were born to stand by my side

You’re the other half of what I am, you’re the missing piece

I dunno. It doesn’t sound so romantic to me at the end.

Planet Waves is an album that I’m going to go back to a lot when this whole thing is over. I wish that I had more time this week to keep listening to it, which is a big change from some of the recent albums. There isn’t a song here that I skip when it comes on yet, and none that I think are actively bad. While it doesn’t have the great world-shattering songs that the next few studio albums will have, it has very few duds (the worst part is probably this line, from “Tough Mama”: “Today on the countryside it was a-hotter than a crotch”, and I actually like this song). Plus it has the best musicianship of any album since probably Blonde on Blonde.

Over the course of his 1974 tour with The Band, Dylan would play most of these songs live for the first time, but by the end of the tour most of them had fallen off the set list (except for “Forever Young”). I feel like I’m going to miss them as I move into the tour.