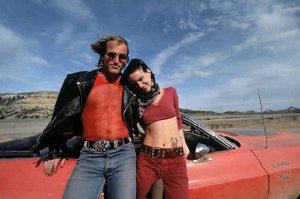 I remember 1994 as the year that I met my wife. You might remember it as the year that Oliver Stone’s insanely overwrought film Natural Born Killers caused a lot of commotion about copy-cat killings. I remember that my wife and I saw the film in the theatre one night with some other scholars at a conference on Canada-Mexico cultural relations. 1994 was that kind of year.

I bring all of this up only to note that Bob Dylan had an unreleased song used on the soundtrack of the film. “You Belong To Me”, a cover of a Pee Wee King song from 1952, had been recorded during the same sessions as Good As I Been To You. It’s as good as anything on that album, and better than a lot of it, but for whatever reason it was left off the album. I like this version quite a bit. Sadly, however, Trent Reznor from Nine Inch Nails opted to help wreck it but overlaying dialogue from the film onto the instrumental portion of the end of the track. I hate that, and Reznor has done some genuine damage here. Jerk.

I don’t have a different version of this song – no live version (I’m not sure if he’s ever done it live; it’s not listed on his site), no alternate take. All I have is this version that Reznor dumped some crappy Tarantino dialogue onto. Tragic. Surprisingly, this song is not included in the Complete Album Collection (which does include some other soundtrack songs), which makes it even more disappointing.

You can listen to the song – and Reznor’s defacement of it – here. This is the whole soundtrack, and “You Belong to Me” starts at about 16:13.

As for Natural Born Killers, I haven’t seen it in twenty years. I can only imagine that it is dreadful. Got some good material on the soundtrack, though.