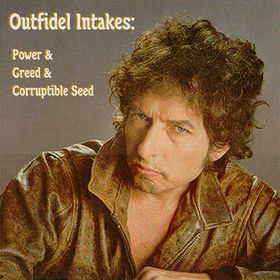 Infidels is a pretty good Bob Dylan album, but even a brief review of the supporting material is enough to show that it could have been one of his best ever. While it might never have been the 1980s version of Blood on the Tracks or Blonde on Blonde, this might have been a top five Dylan album had the right choices been made. But they weren’t.

The strength of the Infidels sessions is probably best demonstrated by Bootleg Series Volume 3, on which can be found five – count ‘em – five! outtakes from this album. Each one of those may be better than everything that is actually on the album. If you combined the four good songs (“Jokerman”, “Sweetheart Like You”, “Man of Peace”, “I and I”) on Infidels with the five songs on BSv3 and released it it would have been not just the Bob Dylan album of the 1980s, but one of the best albums of that decade, full stop. Of course, it was not to be.

I’ve written a couple of times about how Dylan doesn’t seem to always be the best judge of what is the best Dylan material, but it is really apparent here. The stories say that the musicians and technicians on Infidels were shocked by his track selection, and, indeed, he seems to have dramatically overhauled it after Mark Knopfler left to tour with Dire Straits. This has led to a lot of “what might have been” scenarios in the bootleg circles.

One of the better bootlegs out there is Outfidels Intakes. First of all, to the bootlegger: Well-played on the name. That is awesome. Second: this is a two disc set that attempts to a) recreate the Knopfler version of the album, and b) collect some of the better outtakes (including a collection of “Sweetheart Like You” attempts strung together into one track). This double-CD is significantly better than Infidels. Unbelievably, you can download almost the entire thing here (whomever has posted this has opted not to upload the songs that were used elsewhere on commercial releases). 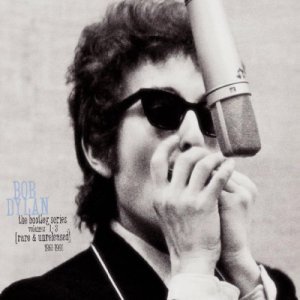 Let’s move through Outfidels and Bootleg Series 3, then.

First: “Someone’s Got a Hold of My Heart”. This song was cut from Infidels, but then Dylan had a change of heart and re-wrote parts of it and included it on his next studio album, Empire Burlesque, as “Tight Connection to My Heart”. It’s one of the best songs on that album, and would have been a good one here. I actually think “Tight Connection” is better lyrically, though not as good musically (Empire Burlesque is horribly produced). About half the lyrics in the two songs are the same, with the chorus changed from the refrain “Someone’s got a hold of my heart” to “Has anybody seen my love?”. The version that is on the Bootleg Series is superior to the one on Outfidels – it is less produced, more raw, features a nice harmonica section and the acoustic guitars add a lot of warmth. This is a good to great song, and it has always included some of my favourite Dylan lyrics, including “What looks large from a distance / Close up ain’t never that big” and the closing refrain:

Never could learn to drink that blood

And call it wine

Never could learn to hold you, love

And call you mine

Putting this on Infidels would have improved the album, but it also would have made Empire Burlesque that much worse. Sort of a toss-up from that standpoint.

Second: “Tell Me” is a Tex-Mex love song. It’s a better love song than “Don’t Fall Apart On Me Tonight”, although the over-emphasis on the slide guitar would make is seem a bit out of place on the album. Good song, but not essential.

Third: “Lord Protect My Child”. This is one that I love, and it is one of the big discoveries of the week for me. I don’t think that I ever really noticed this on Bootleg Series before, or maybe I only listened to that album before I myself had a child so I didn’t pay attention. The version on Outfidels is longer, and opens with the engineer intoning “Take four” and the song being counted off, but that is not there on Bootleg Series. This is a great Dylan country song, and the slide guitar isn’t so oppressive here as it is on “Tell Me”. Lyrically it’s quite lovely:

As his youth now unfolds

He is centuries old

Just to see him at play makes me smile

No matter what happens to me

No matter what my destiny

Additionally, there are strong remnants of Dylan’s ongoing Christianity in the final verse:

There’ll be a time I hear tell

When all will be well

When God and man will be reconciled

But until men lose their chains

I really think that this is a great song, and it is one that I would like to learn on the banjo.

Fourth: “Foot of Pride”. Ok, this one is totally inexplicable. Apparently it was to be the final song on the album, but it got dropped when Dylan went back to the studio to record “Union Sundown”. Dropping “Foot of Pride” for “Union Sundown” is just baffling. Lyrically this one is prime Dylan, mixing his taste for surrealism with his religious message from the previous three albums:

Yeah, from the stage they’ll be tryin’ to get water outa rocks

A whore will pass the hat, collect a hundred grand and say thanks

They like to take all this money from sin, build big universities to study in

Sing “Amazing Grace” all the way to the Swiss banks

It’s scathing, blistering stuff. This would have easily been the best track on the album, and one of the two or three best songs that Dylan would produce in the decade, but he left it off the album. I really, really don’t get that choice. This one is essential.

Fifth: “Blind Willie McTell”. For a lot of listeners, this is the one that is the key omission from Infidels, and it is one of the most beloved of the outtakes. I think Dylan must know that he made a mistake – he’s played this one in concert 219 times, which may be a record for a non-album song, or at least in contention for that title. This is a pretty straight forward homage to the great blues singer who died in 1959, just before Dylan’s own career got started. The standard reading is that the song expresses Dylan’s own reservations about his reliance on blues traditions and his place in music. The final lines sum this attitude up nicely:

I’m gazing out the window

Of the St. James Hotel

And I know no one can sing the blues

This is another great song, that should never have been bumped off of Infidels.

Outfidels Intakes includes a number of additional outtakes that aren’t included on Bootleg Series 3. One of them I quite like: “Angel Flying Too Close to the Ground”. In some ways you can see why it was abandoned – it seems a bit like a love song that almost anyone could have written, and lacks the Dylanesque touches, but I still think that it is far superior to something like “Don’t Fall Apart on Me Tonight”, which also sounds like anyone could have written it.

The worst track on Outfidels, maybe one of the worst things Dylan ever recorded, is “Julius and Ethel”, a “tribute” to the Rosenbergs. Look, I’m on the side that says that the Rosenbergs probably weren’t guilty, and I definitely do not believe that they should have been executed as spies. That said, the least appropriate tribute possible seems to be a rocking out tune in which Dylan yells “Julius and Ethel” repeatedly as the chorus. Also, some horrible rhymes in this one. Just awful.

So, to sum up: take half of Infidels, add four songs from Bootleg Series 3 (leave off “Someone’s Got a Hold of My Heart” for Empire Burlesque), and you’ve got an unbelievably awesome album. Definitely a top five contender. Instead, he released an album that’s about a B+. Bummer.

Here’s a YouTube version of “Someone’s Got a Hold of My Heart”: