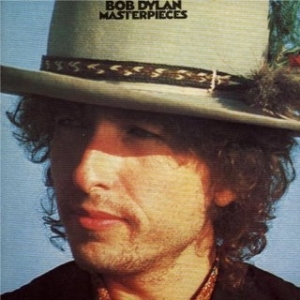 I was going to skip Masterpieces. This is the triple-LP greatest hits collection that Columbia issued in Australia, New Zealand, and Japan in March 1978 in anticipation of his tour there. There’s not much for me to say because I don’t actually own it (I did see a copy in January at a used record store, but I don’t own a turntable and it seemed odd to pay collector’s prices for an album that I can’t play and which I have all the music anyway, so I passed).

What I can say is that it’s a terrific Greatest Hits package in terms of song selection. Thirty-nine tracks, and almost every one a winner. Probably a much better package than the two American Greatest Hits collections, which also amount to three LPs.

Anyway, I was going to pass, but in googling around I was reminded of this site. These people (it can’t be one person, can it?) trace the different versions of everything Dylan has ever done. I mean, ever done. This site is incredible. They have scans and photos of the labels from the various releases. They have pictures of the cassette tapes! This is a level of obsession that I can admire, but that this project hasn’t even come close to touching. This is the work of a lifetime, not a year. This is close, attentive listening to bootlegs and studio outtakes to identify minor technical differences. 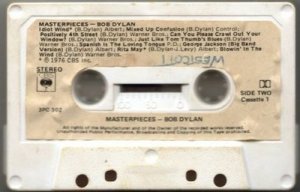 Check this: About the version of “Mixed Up Confusion” included here:

I can’t compete with this. Hell, I can only barely comprehend it!

They have some great trivia here (“Dr. George Christos informs me Masterpieces was once given away by an Australian beer company with a purchase of 24 cans of beer!”)